Myths that Keep You Broke #9 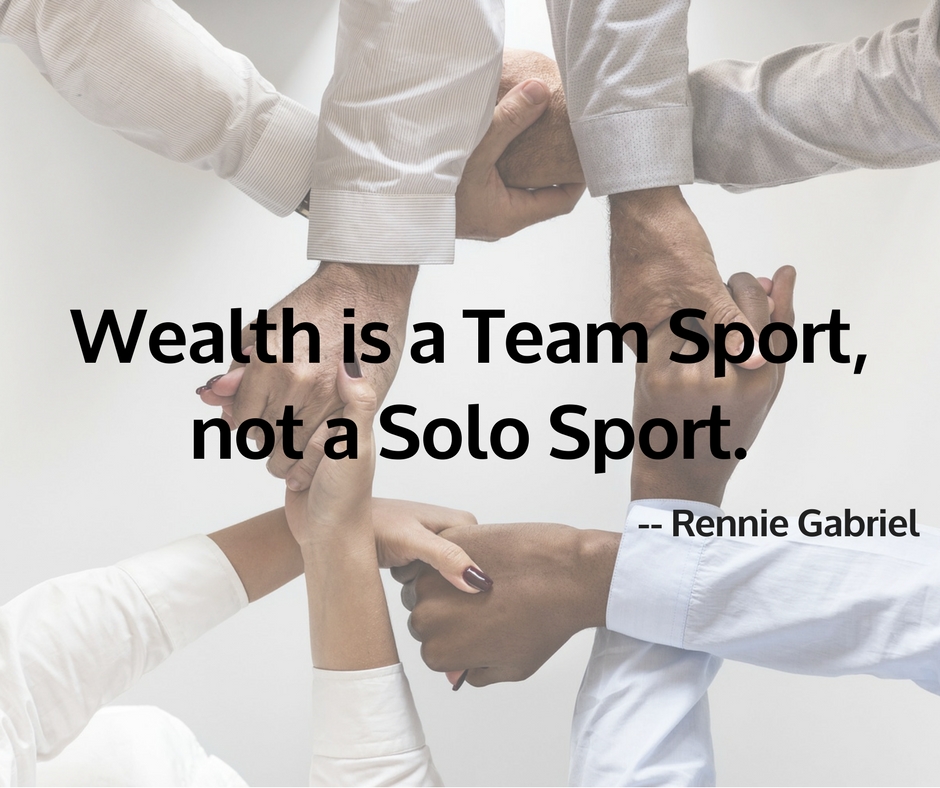 One of the biggest lessons I learned in becoming wealthy was that it was a team effort, not a solo effort. Too many people think they can become successful and wealthy by themselves.

This lesson hit me hard when I was the angel investor in a start-up when I did not have the experience to properly evaluate the business venture.

There were three books I read after I made the investment, and one of them was excellent. But by that time I could see the company was going to go down the tubes along with my money. (That excellent book was Disciplined Entrepreneurship by Bill Aulet.)

My art gallery business was a failure because I did that alone (and the economy was very bad).

My pension company had two other partners: We were profitable and we were able to sell it to a public company. I reaped a handsome return on my time and money.

My real estate business became very profitable and I had two other partners. Each of us had our areas of expertise and mostly stayed in our own lane. This took me from broke to multi-millions.
When I studied other successful businesses I could see the same pattern. In every one of them, from Apple to GE, from Pay Pal to Tesla, from Berkshire Hathaway to Facebook, there was at least one vision master and one execution master.

And others on your team can be your CPA, or an attorney, or a banker, an accountability partner or coach. The point is, do not try to build a successful business by yourself.

Who do you now have, or want to have, on your team?