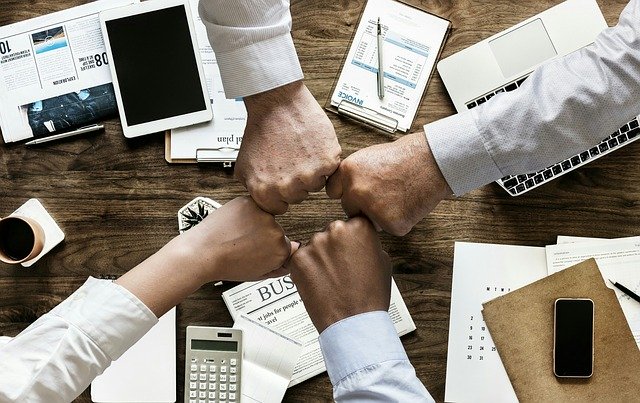 The Wealthy Use a Team

As you know, one of the most important keys to creating wealth is the right attitude, and in this series today we will cover how the wealthy use a team approach.

One of the things I say over and over again is that "Wealth is a team sport, not a solo sport.” If you look at the wealthiest people in this country, whether past or present, they did not create massive wealth by themselves. The concept of the self made millionaire is a fantasy. People who say they are a self-made millionaire are both deluding themselves, and full of themselves.

Every successful company has at least a visionary and an execution master. Steve Jobs did not design or make Apple computers. Howard Hughes did not build the Spruce Goose or any of his companies or casinos by himself. J. Paul Getty did not become a billionaire by himself. One of the quotes in his book is that he would rather have 1% of the efforts of 100 people than 100% of his own efforts.

When you create your team, it should contain people with different skill sets. If you, your partner and all the other founders of a company are great sales people, it will likely fail. There needs to be a balance of skills from sales to design, or implementation to accounting.

In my real estate business we had one person who found the properties and had the imagination on how to remodel it. I had the management skills and oversaw the remodeling work. Also, I found, screened, and took care of the tenants. Our assistant took care of all of the bookkeeping, rent reconciliation and payments. We had subcontractors that were skilled and performed the physical work. As a team we built a multi-million dollar business.

Look at how you are building your business. Who are the people on your team? Do you have a coach, an accountant, an attorney and a banker? Who supports you with your marketing and technology?

Next in the series we will talk about how the wealthy operate by their values instead of their thoughts or feelings.